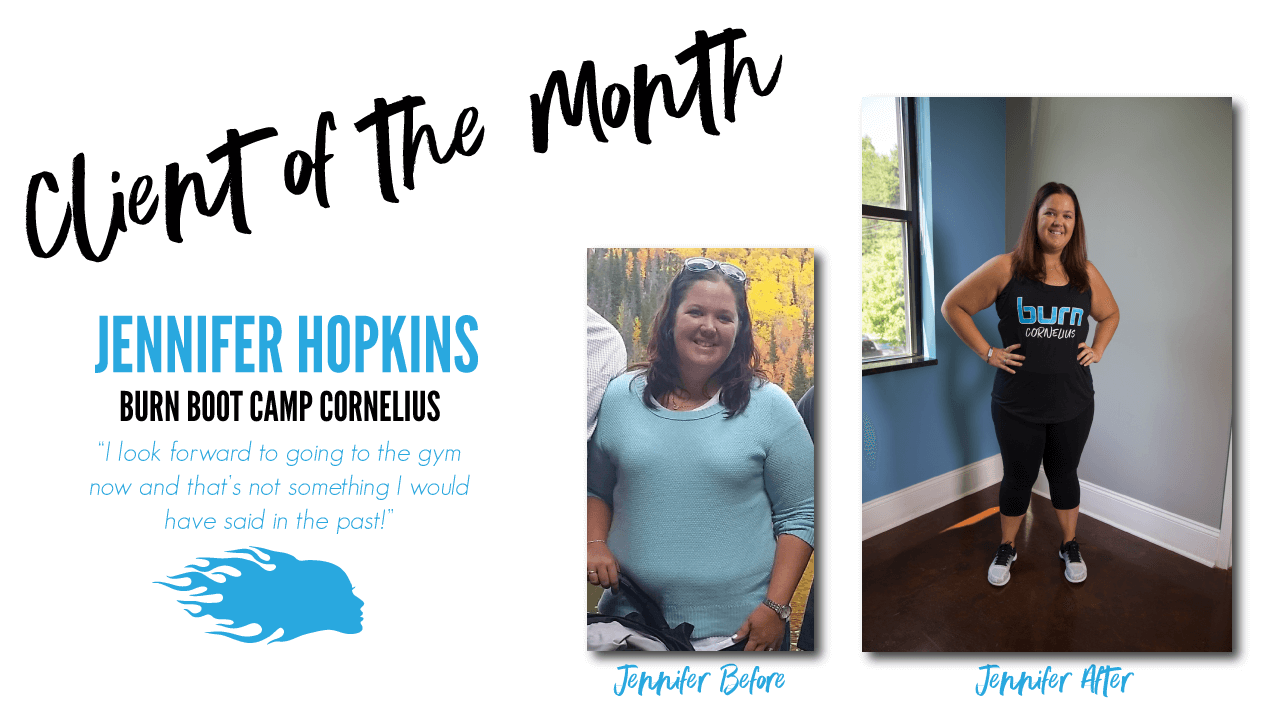 Client of the Month: Jennifer Hopkins

Jennifer gained a community of supportive women and strength and confidence in herself!

Burn Boot Camp has become an integral part of my life in a short period of time. I originally became a member a little over 2 years ago. I enjoyed the camps and found them to be a very good, challenging workout. However, I had a pretty busy schedule and never really got into a good routine of going. Then I became pregnant which added to my inconsistency. I did keep my membership even though I wasn’t going very often, because I knew I wanted to get back to working on my physical health after my son was born. I figured that having the free childcare while I worked out would be the best way to do that.

Once my son was born in April 2016 I decided to stay at home with him instead of going back to work. As soon as I was able I started attending camps and taking him along. I found that going to boot camp helped me establish a new routine and was a great way to get out of the house with a newborn. Those 45 minutes of camp were a way for me to turn off my new “mommy brain” and have no worries focusing on myself, because he was just in the next room in very capable hands.

This January when the “Raise My Bar” challenge was announced I decided that was my time to really go all in. I committed to the challenge and started attending camp 5 days a week. I could see progress in my abilities during camps and results in my body. I’ve lost 28 pounds since then and have gained so much more. I’ve gained an amazingly supportive community, feelings of accomplishment towards my goals, along with a good routine and social interactions for my son. I look forward to going to the gym now and that’s not something I would have said in the past

If you’re interested in transforming your life and becoming our next ‘ Client of the Month’ sign up for our weekly Burn Boot Camp newsletter below!